This provides my notes of some notable fires and explosions around the world which I have regarded as fire disasters owing to multiple loss of life or large property damage. The notes are summaries of various documents I have examined as a hobby and as part of my continuing professional development (CPD). They include incidents in buildings, tunnels, railcars, aircraft and ships, They are arranged chronologically, beginning with the Great Fire of London 1666. 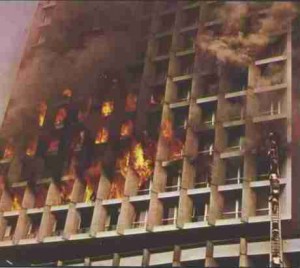 The emphasis is on brevity and graphical illustration of what happened in the fire disaster, and what lessons could be learnt.

In some cases the graphics have been prepared by me in preparation for a book which did not materialise, or they have been scanned from official reports or occasionally, but rarely, copied from the web. The summary is a collection of PowerPoint presentations I have given. They are given as PDF files to minimise file size and download time. I cannot emphasise too strongly the need to read the comprehensive reports (official and press) concerning the incidents in order to get a complete picture of the disaster and the timeline.

I am grateful for help from fire safety engineering colleagues outside the UK for identifying sources of information on incidents which occurred outside the UK, in particular I thank the NFPA. I hope that, as time permits, there will be information on all the fire disasters listed below.

Because I am a busy fire safety consultant I am unable at this stage, to provide more information or details of the many references I have used. 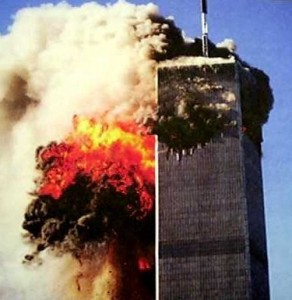 If you think the information is useful please send me an email to me, gordon@cookeonfire.com saying so. If you know of a fire disaster described in the English language (preferably accompanied by diagrams or photographs), please let me know and I might be able to include a summary of it.

THESE NOTES ARE UNDER DEVELOPMENT. SOME FIRE TEXT IS INCOMPLETE AND I HOPE TO ADD MORE DISASTER INCIDENTS GIVEN TIME.